Skip to content
Visit Page
Home > Life & Living > Are You Ready for Some Football?
Published September 14, 2018 by Heather Earles

Are You Ready for Some Football? 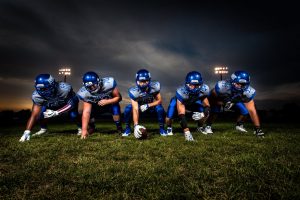 There’s something unique about each season.

Take Fall.  The weather begins to cool, leaves turn colors on the trees, harvest time is here and so is football.

The National Football League was founded August 20th, 1920, but football started way before this time.

Football was played in small and large towns across America. Kids would get done with school and find a piece of grass, field or dirt road and throw their football back and forth until enough friends came along to make a team. They didn’t need a coach or ref to tackle each other or to cheer as they made another touchdown. Football was and is an American past time where all you needed was a little pigskin and a good spiral. 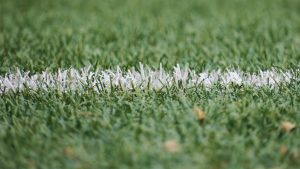 Since then rain or shine, teams have made their way onto the green where chalk lines indicate how many yards they need to go. The tall yellow goal posts stand straight and true waiting for the next field goal or extra point to be kicked. The fans in the stands also wait in anticipation. Will it make it? Will the final kick win the game? As the football reaches the upright it hits and bounces flying end over end. The refs stand on each side and put their hands in the air indicating it’s a goal. The crowd goes wild, jumping, screaming and shaking their beverage all over the person next to them. Yes, this is football.

For the NFL, people paint sayings and numbers on their bare chests showing their support even in freezing weather. Vikings horns, cheese heads and costumes representing the teams are worn at every game. For college and high school level, the locals wear jerseys and buttons with their son’s picture or number on them, establishing who the proud parent or family member is. 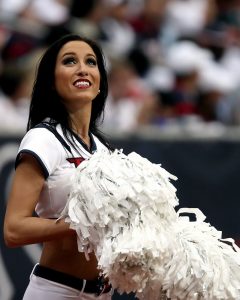 TV packages are upgraded to get the local and NFL channels indicating another year of football has commenced. Gyms see an uprise in memberships as the athlete’s train and beef up for the season and girls ooh and ahh as their boys run out onto the field. Who said football wasn’t for everyone?

Yes, there is something unique about every season and Fall wouldn’t be what it is without this beloved game. Some women cringe as the tv is now taken over until January and talks always involve a score, but there are those of us who can’t wait for it to start.

As a girl, I can remember my dad refereeing the high schoolers as I stood on the side a part of the chain gang. The smell of the grass sweat and the sound of helmets and pads crashing against each other was and are music to my ears. It was innocent, active, and good old-fashioned entertainment.

Speaking of entertainment, for halftime besides the local band and cheerleaders performing, we still had streakers go across the field ha ha. The cops would wait for them every year but to their avail rarely caught them. I admit the first time I saw them I was a little in shock. I asked my parents why on earth someone would run across the field almost naked.

As my dad and mom giggled I realized no one really knew, but one thing was for certain people were sure entertained and cheered as the not so in shape cops ran after the athletes. 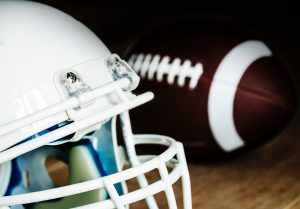 Tailgating, eating hot dogs, and burgers added to the fun of the game and brought together like-minded people. After it was all over families went home, tired from the fresh air and screaming they did for their team. Jerseys are hung back in the closet waiting until the next game.

Whether you are a person who likes football or not everyone likes food, so to start your next game off here is a recipe for:

Now that you have the food, check out your local games and go cheer for your team.