What is a Man? 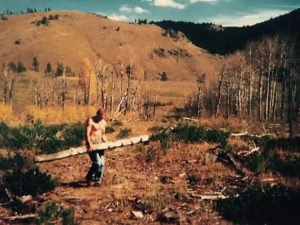 A Man is strength, honor and dignity.  One who liberates the oppressed and looks to keep his family safe, fed and loved.  He is muscle, ego, stamina and testosterone.  He is loud, unbearable at times, angry and obnoxious.  He is wisdom, discipline and doesn’t quit because something is too difficult.

A Man is a prophet, king, disciple, carpenter, electrician, business man, teacher and football player.  He hates being late and doesn’t tolerate a job half done.   There is comfort when a man is around; a sense of no worry.  He leads without words for “It is not the titles that honor men, but the men that honor titles.”

He is dirty, shaggy and doesn’t mind to laugh at his own jokes.  He is cocky in a confident sort of way and doesn’t mind telling a good story more than once.  If something is out-of-place he will sniff it out just like his hound dog that lives on the front porch.

A man speaks his mind, does not live on emotions and does not understand women.  He rises early for work, watches too much television at times and scratches places that should be left untouched.  He moves to a different aisle in the grocery store after the beans have finally hit and makes no apologies but instead smiles as he exits.

A Man longs for gratitude, simple living and peace and quiet.  He takes time for his kids although he just got done with a hard days work.  He cries when his children enter the world and when the Vikings lose the playoffs.  He is courageous a fighter and will stand for God and country. 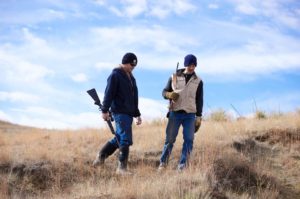 He loves guns, hunting, fishing campfires a good steak and women.  He is Gods masterpiece and head of the home.  If you give him the respect he longs for he will give you everything in his power.  For man, as I said before is honorable.  And when you need him most he will be there to love hold and cherish what it his.

We would be lost without men, for they were the beginning of God’s creation.  Men in a word are Manly!

What is a Boy?