The Game of Baseball

Tis the season for baseball and all the excitement that brings.  Sunflower seeds spit down your back, the consumption of way too many hot dogs and brats, sunburns and at times loss of hearing from an excited crowd.

From Pre-squirts, Babe Ruth, all the way to the Major Leagues, the game of baseball has its pros and cons.  You have the dedicated parent that cheers for two hours in a peewee game although you have only made it to the fifth inning.  Then the dedicated fan that screams or gives you a play-by-play in the major leagues.  Not only has the fan explained the entire game of baseball, but then proceeds to inform you he’s wearing his lucky underwear and asks if you would like to see it.  As I said, pros and cons.

Kids picking dandelions in the outfield.  In the infield, the players kick the dirt watching the dust form into a cloud as the tired pitcher throws yet another ball.

Nine innings of boredom for some and the best part of a day for others.  We choose our teams and anticipate each game; will they will make it all the way to the top this year?

To be a super fan of any sport you must have the endurance of a marathon runner that’s always training.  It’s defiantly not a game for the weak in heart.  Regardless of which league or game you’re watching, it’s a time that individuals, friends, and families can enjoy whether you live in a small town or a big city across America. 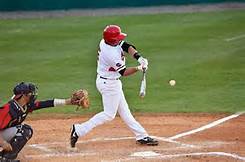 Baseball is one of those sports that you can discuss year round and talk about “That great hit that went out of the park.”  It has served as a talking point to make new friends and catch up with old ones you haven’t seen in awhile.  Parents start explaining to their newborn babies about the game as they hold them on the couch.  Wearing their favorite jersey or baseball caps that sport their team’s logo.  They kiss the chubby little person in their arms and smile as they look and see the new onesie the babe is wearing representing your team.

In the stands, the heat and length of the game start to affect the cheers.  The crowd is not giving up though.  No matter where you’re watching the baseball game from, there is one thing we all have in common, and that is the Love Of The Game.

So for you baseball fans across the world I will end with the iconic song that has become the anthem for all of baseball. This song is usually sung in the seventh inning at every game and was written in 1908 by, Albert von Tilzer, music by, Jack Norworth, and was first recorded in 1908 by, Edward Meeker. It goes like this:

Let me root, root, root for the home team
If they don’t win it’s a shame
For it’s one, two, three strikes
You’re out at the old ballgame 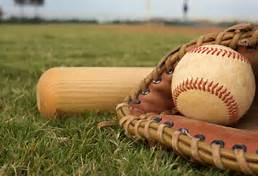 For you non fans out there.  If you have yet to attend a live baseball game then I suggest you try it before uttering your distaste for the game.  You never know, you might just become a super fan yourself.